I am at Phnom Penh airport, post my travels in Asia and homeward bound.
Travelling with only different experiences to look forward to and with no specific agenda is exhilarating and right up my street. I have been on every conceivable mode of transport whilst making my way through Laos and Thailand. The culture differences are greater and more noticeable than I had expected and I missed my outgoing Cambodian friends but this only meant that I worked harder at interacting to glimpse what is underneath the surface of the many different, colourful people I met along the way.
This is Nod at Mae Hong Son early in the morning, getting ready for the day. I had been travelling since 4am and I was feeling cold and unwell, she insisted that I sit by their fire with my coffee. 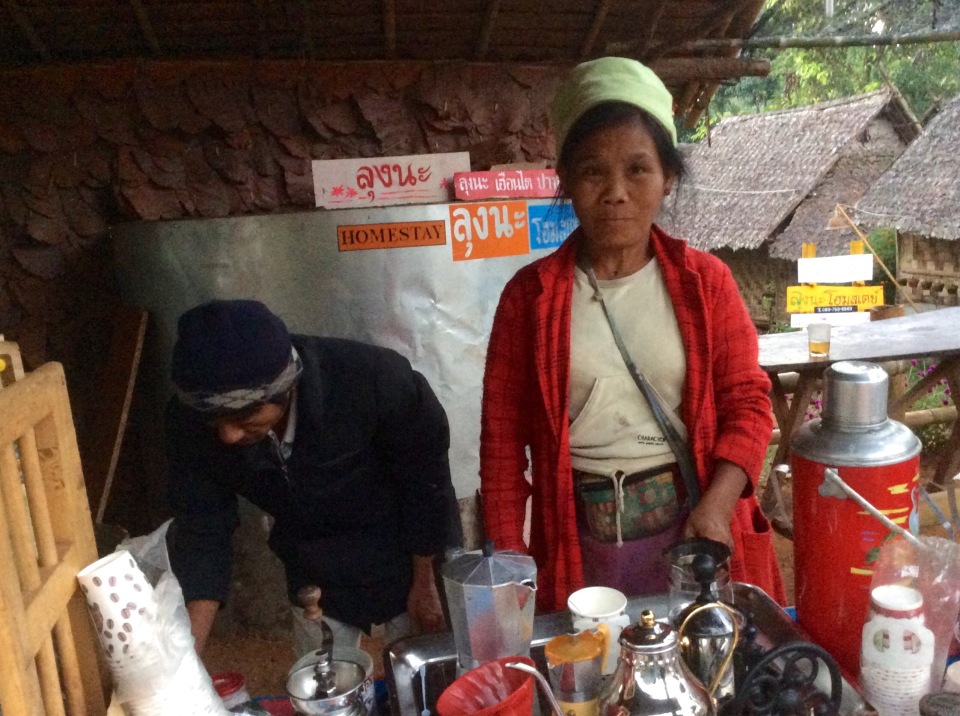 This is Mawae from the Karen Hill tribe, originally from Myanmar who shared her story with me. She has three children, the youngest aged five years old has recently started school and has now declined to wear the rings around her neck (which are a sign of beauty as the neck appears elongated) as she found it too difficult to play with the other children. 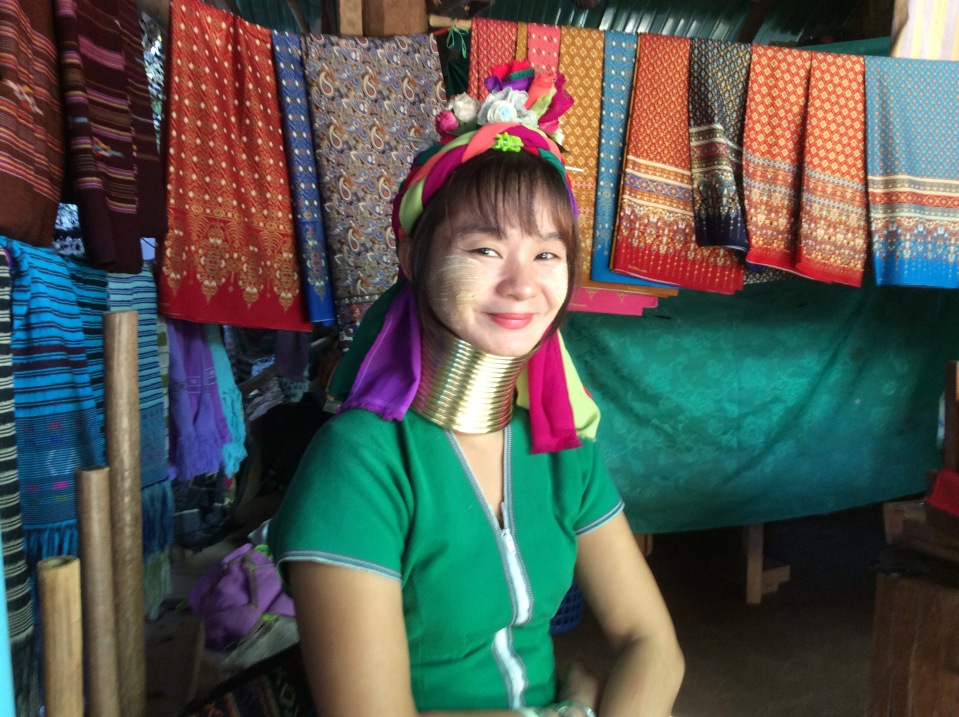 I had a deep and meaningful conversation with Nelson who owns the last bar on the river called Roots in Pai. He made me laugh, he said so many people arrive at the point where they look and then turn back, not me though! He said that the most important thing in life “is to wake up in the morning” and at that moment I totally agreed with him. 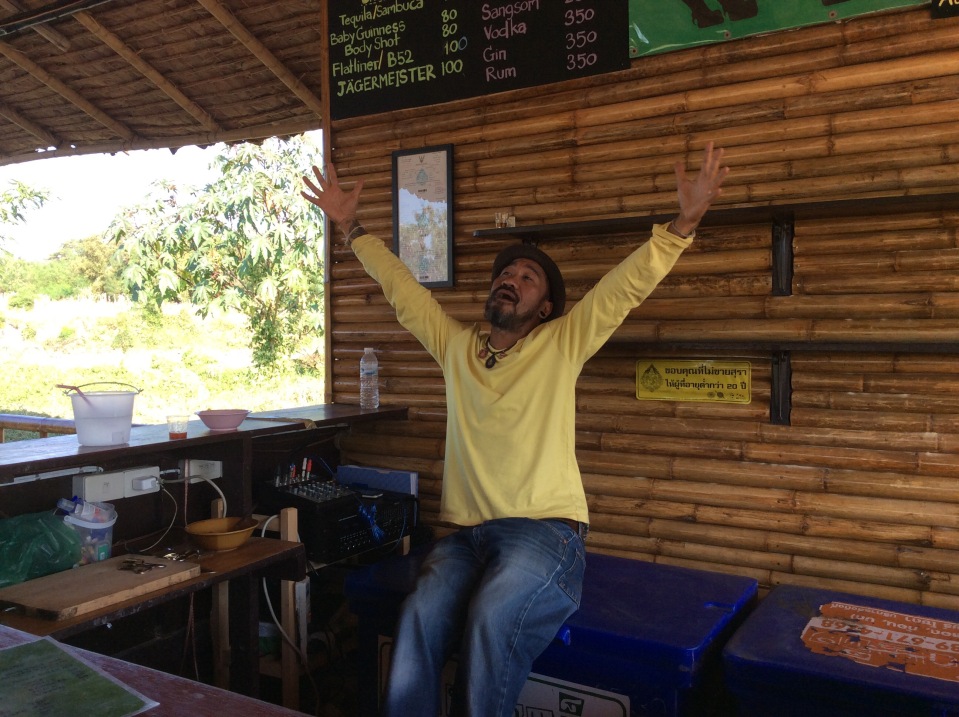 I want to thank all the volunteers at Hope who encouraged me to go travelling, it was fascinating and I have memories that will live with me forever. 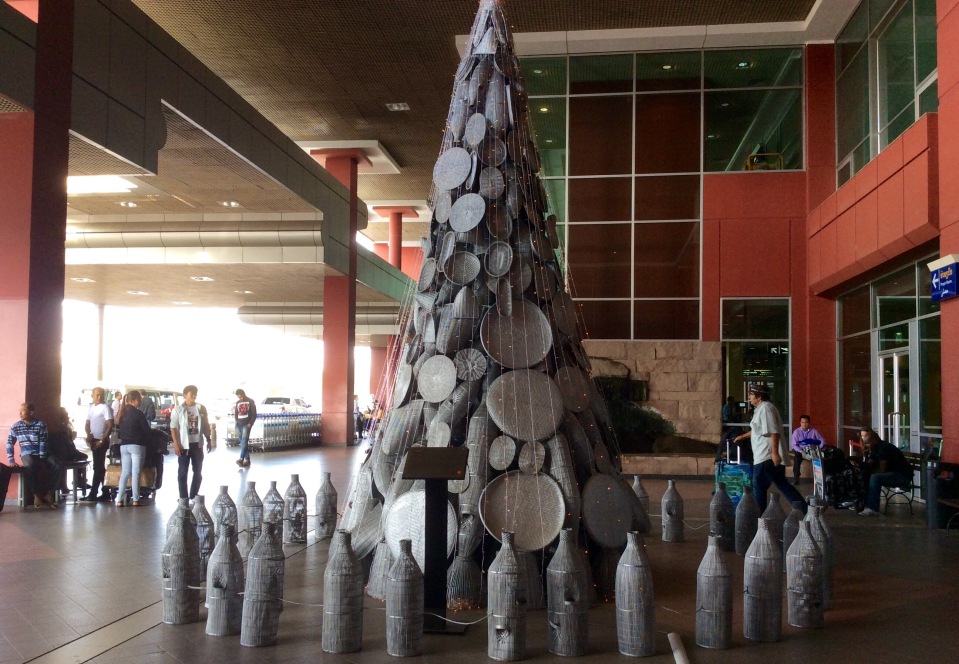 This tree has been designed as a representation of Khmer handicrafts and artisan work.
Happy Christmas from Phnom Penh airport!